Using the genogram again as a diagnostic tool, plus some experiences i had at the Sally Ann Rehab when I was a trainee during my clincal practicum at Pacifica.

This time we will use the genogram to assess drug usage in the years 1910 – 2010.  What we want to find out is the what and when of it all, along a three generational line?  Because of the stats on Autism.  I have a theory I’m working out on this?

So here is the genogram timeline again:

What we are going to be looking at is what substances are in the bloodstream?

This bloodstream can be seen as an umbilical cord in a sense?  Extending down both matrilinial and patrilinial lines.  On both sides.  I could sketch this easily in chalk on a blackboard — and maybe make a graph in illustrator?  But not today!  So here is how for today.

Imagine that you have Grandparents, parents, child along two lines — for the two family systems that came together and made children.

I’ll use myself again as a marker and you do the same for yourself, by inserting your birth date along the genogram!

I know that both my parents smoked and drank. (Sometimes to excess) but they produced a “normal” child.

What we are interested in pinning down is this surge of “special needs” children.  Why all of a sudden there are so many, and so many with allergies and so forth, as well as Autism.

In the 70’s when I was a young teenager everyone was reading Carlos Casteneda.

Drugs that I knew about on my campus in Jr. High and High School were “natural” I suppose.  Along the lines that Casteneda describes.  Casteneda went on a vision quest with the Yaqui Indians down in Mexico.  This sort of vision quest is not different than what American Indians also have as a tradition for their Braves?

If we look at this in terms of Anthropology that is how I am framing this intervention.

I especially want to look at the year 1960 for two reasons and also the 70’s — in terms of drug usage in Anthropological ways.

I’m using California culture in terms of where I grew up, but I want you to think about yours, here in the States.

Let’s use the genogram to explore our parents and grandparents in terms of drug usage or addiction?

This is how a therapist looks into a genogram to spot things or trends.

In my genogram here is how California looked in Jr. High in the early 70’s.

Kids on campus had an awareness of drugs about them.  One boy I knew Rudy, died of a heroin overdose at 13.  Another, someone very dear and a marvelous musician, blew his mind with the drug LSD — at age 15.

In looking at the Wikipedia and reading the history on this drug I just read the following:

LSD was brought to the attention of the United States in 1949 by Sandoz Laboratories because they believed LSD might have clinical applications.[8]

Throughout the 1950s, mainstream media reported on research into LSD, undergraduate psychology students taking LSD as part of their education, described the effects of the drug, and its growing use in psychiatry. Time Magazine published 6 positive reports on LSD between 1954 and 1959.[9]

LSD was originally perceived as a psychotomimetic capable of producing model psychosis.[10] By the mid 1950s, LSD research was being conducted in major American medical centers, where researchers used LSD as a means of temporarily replicating the effects of mental illness. One of the leading authorities on LSD during the 1950s in the United States was the psychoanalyst Sidney Cohen. Cohen first took the drug on October 12, 1955 and expected to have an unpleasant trip, but was surprised when he experienced “no confused, disoriented delirium.” [8] He reported that the “problems and strivings, the worries and frustrations of everyday life vanished; in their place was a majestic, sunlit, heavenly inner quietude.”[10] Cohen immediately began his own experiments with LSD with the help of Aldous Huxley whom he had met in 1955. In 1957, with the help of Betty Eisner, Cohen began experimenting on whether or not LSD might have a helpful effect in facilitating psychotherapy, curing alcoholism, and enhancing creativity.[8] Between 1957 and 1958, they treated twenty-two patients who suffered from minor personality disorders.[8] LSD was also given to artists in order to track their mental deterioration,[11] but Huxley believed LSD might enhance their creativity. Between 1958 and 1962, Oscar Janiger tested LSD on more than a hundred painters, writers, and composers. By the late 1950s, LSD was being used by unlicensed therapists who were drawn to it as a lucrative means to break down patients’ psychological barriers; it was not uncommon for them to charge $500 a session.[citation needed]

In my generation of the tail end Baby Boom this was not a drug many used?  I think the older members of the Boom were experimenting with this post WW2.  Especially as I look at the dates?  At that point I was an infant in a crib?

I see this particular drug as an important marker.  When we look at the three generational model along this genogram.

My theory is that the children of the parents who experimented with this in the 60’s might have given birth to the generation of children who used this in the 80’s?

So let’s try and figure this out by making a new genogram timeline!

I want to trace the stream through the umbilical cord as it were of the GRANDPARENTS who took LSD, through the offspring who took ECSTACY and see  if there is a link to AUTISM in children right now.

Also in the film Bob, Carol, Ted and Alice.

This generation was very experimental?  On all levels. 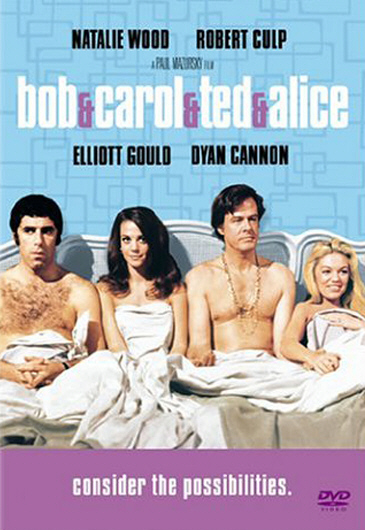 These films can be viewed as part of our tx plan for group discussion and group genogram!  As a diagnostic tool.  The genograms we will be making in group will be made privately as part of the tx plan.  But we shall pool them for discussion, ensemble.

(I might have read this in Jr. High — that long ago, geez!) and Casteneda)

ART OF THIS PERIOD — need slides for…

I want to frame the cultural surround as well in the genogram.

I’ve shown you California, now, when you think of yours what would you fill in?

How does this genogram look different across American cities given the age?

How does this genogram look multiculturally given the age?

Let’s look at cities like NY, Atlanta, Detriot, San Francisco — how can we break up the regions?

Book by James Hillman for this syllabus is:

GUEST SPEAKER for the class is DENNIS SLATTERY! (but of course) — reading some of his poetry! xxoo!

Or any old reading he should choose?

I love you, Dennis Slattery.  Without you I should never have made it through.  You were my link to the Humanities, my dear.  When I wrote for your classes it was no different that the blue book finals at UCSB.  You were a sigh of relief and Saturday’s with you?  My fave part of the weekend!