You married standing on a compass rose that pointed to all the directions of the world.  Like Rapunzel in her tower.  The city spread out before you with all the tile roofs gleaming red and orange under a glazed white sky.  You could see in all the directions that day, and for miles out to sea.

Your dress was washed crinkles like the ocean but palest khaki.  You carried roses and white narcissus.

The only reason for the wedding was because you wanted a child  and a big male hand and the solid circle of a ring that was going to enclose the three of you.  He’d promised this, in whispers over the three years that you had been going together.  He’d promised that he wanted that too.  He had been the one that wanted to marry.

It’s years later that you have to look at the truth, and when you do, you have to remember.  In the winter of the bleakest Christmas of your life you remember the roses he used to send to work.  He always mentioned that he wanted to impress your co-workers.

They were beautiful.  There would always be a dozen of the richest deep red, delivered with an attached gardenia.  For years they came.  And for years the women at work would oooh and aaah and come by and look thinking all was well or that there was love, because roses cover many things, don’t they?

You decide that there won’t be Christmas in the year you make your biggest decision.  There hasn’t been Christmas for years with him, anyway.  He met you that first December in your little apartment all strung with lights and your tree and all your French enamel pots and pans and your kitchen that sometimes was a darkroom and he wanted to stay.

He wanted to stay forever with you, or at least that’s what you thought you heard when he stood behind you holding you around the waist as the two of you gazed up at the stars together and he knew all the names of every constellation in the sky.

“Take care of number one,” your mother says.

It’s Thanksgiving of your thirty sixth year and you are trying again to make it all seem perfect in the rose covered cottage that you planted and the bird is in the oven gleaming golden and she arrives with Tattinger and Bailey’s and her eyes go immediately to the ceiling in the dining room where the roof had leaked and the plaster had fallen two years before. 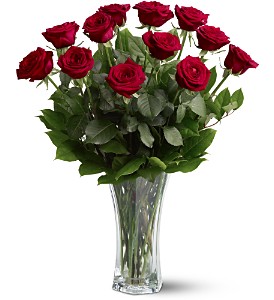 She’s looking at the bouquet of roses on your kitchen counter.  You brought them home from work and left them there as an afterthought.

She’s popping open the bottle of champagne while he stokes the fire.

He’s smiling and finding the Dexter, putting on her favorite one and she settles back into the velvet couch that she gave you when you announced you were getting married.  The one you’ve been sitting on since childhood — and you’d had it reupholstered palest beige.

You’re in the kitchen, scattered, stirring cranberries.  This was the year that your clock ticked loudest, clicked bursting, clicked crazily and the year that you might have had an affair with the handsome man you worked with, but you didn’t.

He wanted to, and you knew this in so many words, because of the way he stared.

That year you bought skin care, instead.  You changed your hair.  You began to paint your toenails.  You were trying to look beautiful so that your husband would want to, but of course he didn’t.  He’d halted all that three years before.

Years later you begin to fight with him about the past.  You do this to create the heat you are going to need, and so you tell him, “I wanted a child.”

As usual, he relates everything back to himself.  He starts to scream at you.  He gets bigger and bigger and louder and louder.  It’s his way of intimidating you, so that you will cringe.  It’s how he keeps control.

“What do you think I married you for?” he screams.

“I thought we were going to.”

“I had a chance to quit that job and make pottery.”

“What the hell are you talking about?”

“I needed to work part time so that I could be a mother.”

He’s getting angrier and angrier and he’s coming towards you now, so close that his face is inches from yours — rage-filled and not even telling the truth because the truth would have to make him face all of it and he doesn’t want to.

Whatever fear you had of him for years is gone.

There are other houses on other streets and other men who would like to hold you and the biggest realization of all comes when you know that you are free.

The garden is full of your roses and your trees and your grandfather’s tools.  You will plant again.  You begin to take inventory of all the things you like to do best.  You start looking at maps.  You begin to see coastlines take shape.

“Take care of number one,” you hear your mother say.  She’s long gone now.  She’s in the clouds like an angel that loved you once upon a time and all that is left of her is this velvet couch and a few gilded mirrors and there is no one to pass the legacy of your family to now.

“It’ll be like you never lived there,” she says.

And you know this to be the truth, because when you were little she had moved a lot and so you had lived in many different houses.  This was the year that you began to look at maps of coastlines.  The year of the thousand beach towns all over the world.  You thought about the velvet couch and how it might look fabulous in tapestry the next time around.  You looked around the rooms and you knew exactly what you were going to be taking.  Your things.

“He’s a cheap shit, isn’t he?” she says as she pours you a glass of champagne and looks at the roses.

“I’ll make some champagne cocktails for us.”

She’s brought the bitters and the sugar cubes and you sip yours, nodding softly.

“Take care of number one,” she says.