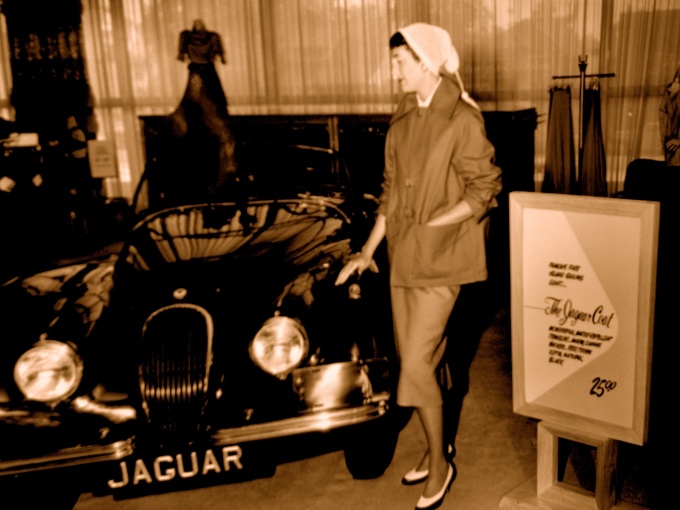 This is my mother, modeling in the early 50’s.  She is standing by one of my favorite cars, too.

So, this morning I feel very sad because I am thinking about my generation of women, dunno.  We are locked into a kind of time warp where we had to work so hard for our educations and sometimes that has come to naught and the whole effing era is just exhausting, actually.

So, I was born in this era — the Kerouac era in America.

My mother wanted her freedom from what might have been an arranged marriage for her?  She told me that when I was about thirteen.  She said, “My mother had it all set up.”

There were these twins who were lawyers, she said.  This would have been a socially correct thing for her to do, but she ran off to the jazz clubs in San Francisco where my uncle was, sometime just after the era depicted in this picture.  My mother never did the socially correct thing.  Ever.

Anyway, so this is not so much about genograms today, but I had to do those at my school for my training.  They explain everything?  They really do.

This novel, “whitegirrrl” I’m writing, is about three generations of women in my family.  Grandmother, mother, self.  Also it talks about what the post Roe generation went through?  The Beat poet age is my mother’s like you see in the Keroauc above.  This kind of Jazz age in America that was post WWII when the Baby Boom was happening all over, though my brother and I are born at the end of that.  Oftentimes we are called “The Lost Generation” — I can see why, because there have been so many different influences for us.

The nuclear family was split apart in my generation.

I was thinking yesterday about what I was reading as a child, and this morning I watched a few videos.  I read these Richard Brautigan poems in Jr. High.  He was one of my favorites, then.  Here is one:

I was also reading a lot of Erica Jong’s poems, too.  Here is one:

The 1950’s in America were a very different era than the 1970’s.  My mother was a teen in the 40’s — an era of tremendous glamour.  The Seventies were not particularly glamorous where I lived?  It was an era where most people were hippies?  At least the older part of the Baby Boom was at that time.  More like the Brautigan poems.  My best friend’s mother was like that.  Mine had artists hanging around, but, a bit differently.  She never was part of the Hippie thing, and my generation was too young to be that.  We saw the adults around us being that, though.

I just watched this, it is an homage to Brautigan — some of the imagery sort of describes the era, at least out here — the way a little of it looked, or perhaps the mindset in 1975.

So, my generation didn’t have a lot of guideposts, or fathers.

My grandmother married my grandfather when she was 19, and they were married all their lives.  My mother married twice, divorced, and had other relationships after.  My generation had relationships before marriage.  That is probably the biggest difference.

This is the first love of my life… 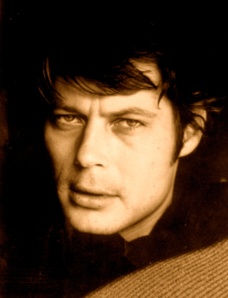 I was 19, and he 36.  He was a friend of my Uncle’s, in Hollywood, and he had known me since my childhood.  I think I first met him when I was 12, either at one of my mother’s parties or my Uncle’s parties.

My Uncle Spence was a filmmaker.

In some ways the writing of a memoir is very difficult.  I want to show the era though, especially as it relates for the era of women in my generation.  The Lost Generation.

So, I had this kind of tug of war between my grandmother’s elegance and formality and my mother who was sort of like The Beats, and then that whole slippage through the 60’s which didn’t result in a hippie per se, for my gen.

I remember that both my mother and my uncle were upset about Mon.  But?  They never provided me with any kind of guidelines and my father wasn’t there either.  In the era when I grew up nobody did things like go to proms?  it wouldn’t have been considered “cool” if you lived where I lived in SoCal at that time.  Looking back, I missed so many girlthings.  I really did.  I was pretty much in an adult world from the time I was born.

This is my Uncle Spence — Spencer Crilly.  He was a filmmaker in Hollywood at that time that you see my mother above.  This picture of him is possibly in the early 50’s?  Not sure.  I wear that little ring you see on my finger.  He passed away in the 70’s.  It was this terrible time of loss when he did.  In a way he was like the only father figure I had?

I miss my family terribly.

I married because I thought I would be like my grandmother, rather than my mother.

ps: I really miss reading RD.  RD, I hope you are okay and know that I am thinking of you…