This is my second editor ever.  The fabulous Susannah Indigo. I don’t know what I would have done without her, frankly.  I was in the bleakest decade of my life starting in the year 2000.  Susannah published my first piece of fiction since Jr. High.

It was incredible to me.  Incroyable. I had been sneaking peeks at Cleansheets.com at the stories there for a bit of time to take my mind of my troubles.   Anyway, the story I was reading ended up being a book which I actually ended up reviewing! A book called Blue that was steamy and scary at the same time.

Anyway, I wrote my first serial for Susannah.  I was so proud that she published it, and several chapters of it are actually in this book!

I was so intimidated by the quality of her writing, an OMG is in order.  No kidding.  I was in awe of Patricio too, and William Dean (who was massively sexy on the page) that I guess I became what you call a hot mess in the presence of so damn much talent.  But, as I read Blue, I thought to myself, “I can write as well as that, myself.”

That was a very literary badass sort of thought.  But, it was my first thought, in terms of myself as a writer.  Of fiction, or anything actually.  Susannah suggested that I get involved with these guys, and I did because they had a writer’s list.

Well.  Let’s just say that I was really immersed in the entire genre at that point, because to take my mind off worldly pain, and to learn to be a writer, and because I had so damn much time on my hands to read and crit things I became heavily involved and then I was really a hot mess in Vesuvian proportions.  Writers seem to be like that.  They come out slugging, which I did over there.  Plenty of times.

I met some really incredible voices on the page over there.  Like you cannot believe.  Also?  Almost everything I ever wrote got published by my namesake, who I admired no end.  She and Susannah were the top two places to be published in my opinion.  I had done my research.  Many of my short stories are in their archives in both places.  I can’t even really remember everything I wrote but there was a point there that it was about a fictional story a week?  I was writing like mad in that period.

My personal life had gone to absolute hell in the meantime, and writing saved my life from 2000 to 2005.

Susannah, too.  Because she was my editor, I wrote to her about things that were going on, and my mother’s passing and oh, god, just about everything else under the sun.

I invented my character The Velvet Babe during that time too.  Mostly to amuse William Dean who I was flirting with like a rogue.

God, his writing.  Whew.  Take a look at this poem!

The beauty in those pieces, my god.  Well anyway there were great fights that happened with writers duking it out verbally and I was thrown out but my literary things were kept safe over there.

Without Susannah and my namesake, I would never be the writer I am today.  No kidding.

Susannah and my editors held my hand as a baby writer.  They did.  One of the things I did as a writer was only write what I knew?  So, some writers write that way. The literary group, does, and that is why I always thought of myself as a writer of Literary Erotica vs something else.

Of course, I was writing to a specific audience?  What I soon learned were called Vanilla people.  Well, hell.

I am that.  So?  I wrote what it would be like, except when I was doing fantasy magical realism — which my kind editor Bob Buckley informed me I was writing one day.  Oh, some of the writers there… whew.  The talent pool, no kidding.  In fact, if you went in any bookstore you would see the anthologies on the shelves.  I was writing next to those people., on that list.  Sometimes I’d look at the books on the shelves and sigh when I saw their names in print.

Anyway, I was a therapist so because I knew narrative therapy I wasn’t exactly approaching the reads the way most would?  I read the subtext.  Because I can.

Now, imagine what a hot mess that additional type of deep read caused?  I like to laugh about it now, but at the time it was very doubleplus non-funny.

Anyway, I began a gigantic, ginormous research project out of all that?  I did.  And, my editors at that time most certainly did not know that my father was Bob Vosse, no?  But they do now.  That was his nom de plume.

My mother left him when I was just a child because he started making films in that industry.

These writers are some of my literary idols in this genre! 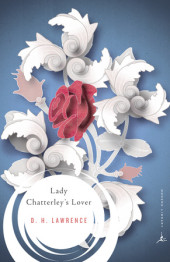 So, I guess you could say that I was approaching this genre in a serious fashion!

I like the way those people write, and that is why I resonated so much to the quality of the writing at the two sites where I was published above.  I feel very lucky this morning.  For one thing Suz and I are in FB! (Friends) — what would I have ever done without you Susannah Indigo?

I have no idea actually.  But, without Susannah I could never have written Heart of Clouds, I can tell you that.  Or “whitegirrrl” because she gave me my start, and for that I will be forever grateful.

I am so ready to publish a book, you cannot imagine.  It’s taken me from 2001 until now to understand that.

And a funny aside, as well.  When I met the literary agent I fell off my chair over — the idea of seeing him came to me from Marla Miller, who has a short story up over at Clleansheets.com.  But, it’s under a nom de plume and I’ll never tell…

ps: I think things are going to be looking up for me, this year, publishing wise.

Do I ever write a hot mess when I want to, and I have nobody but the above people to thank for helping a baby writer get her sea legs…