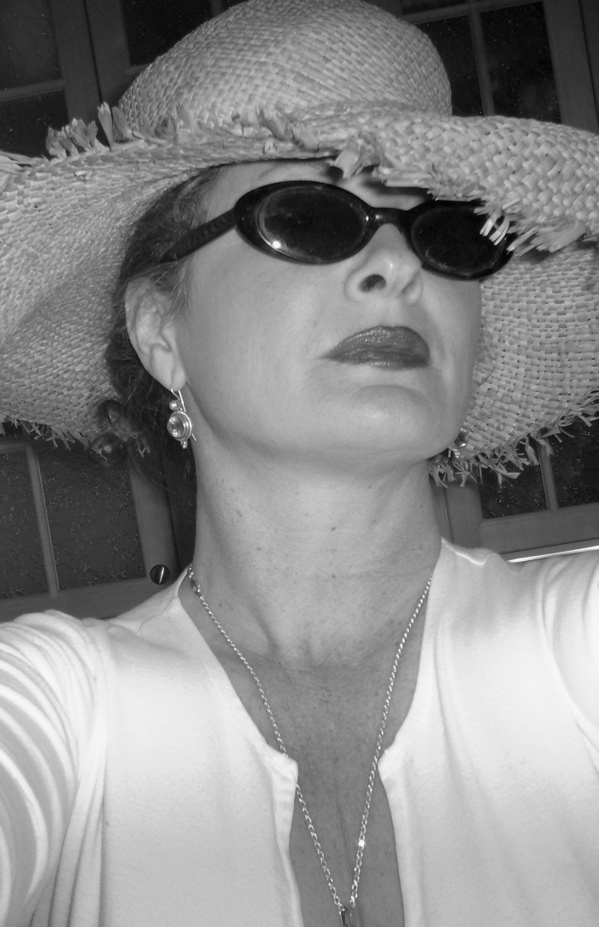 The writer in me lived to tell this tale

Napalm.  That is what he did to your soul.  You try and make excuses for years but you can’t.   Looking back it all gets clearer.  He’d had to work with the body parts hadn’t he?  In Vietnam.  So you were nothing.  You were just a body part when he stuck his two fingers inside you and said these words to the lovechild the two of you had created.

It was the night before your appointment, wasn’t it?

He’d driven up like the millions of times he drove up in that burgundy BMW he used to cruise around in when he wasn’t driving his VW van.

He’d entered your apartment and you were waiting for one sign, one small sign that he cared about you and there was nothing.  Early in the morning when he was asleep you went into the bathroom and you took his camera and you photographed yourself in that white Mexican wedding dress that you wore for a nightgown looking into the bathroom mirror as if you could record the ending of something.

He had tumbled you up against the wall by the door that afternoon.  The Christmas tree was lit, and the little white doves were hanging from the branches.  Your doves, and his.  As if peace was possible, and all you had done was to love him.

He never gave a damn about you.

That is the hardest door.

You went alone in the morning to your appointment.  They said, “Were going to have to put you under.”

You wonder later whether he took the long or the short way back.  You wonder if he drove by that big rock that hangs off the lip of the coast on the way to Malibu.  He was always photographing you there.

You loved him more than anything in the world, didn’t you?

But all he was was a lie.  The biggest lie in the landscape of your life that you will ever have to face down.

Your mother wasn’t any help to you in that moment.  No one was.  You were alone on that table as they put you under, three weeks late.  It’s not really something women discuss.  Too private isn’t it?

He bathed you in napalm.  Invisibly.  He must have done that to every woman he ever met, you think later.  Every single one of them.  They’re shaking you trying to wake you up.  They’re taking you to a room where you are supposed to rest, afterwards.  They ask you to sign something and you see the list of names that rested there before you in a room in 1981 on the day of December 9th in that little room in that little clinic and your first thought was they run them through here like cattle.

He bathed your soul in napalm and he killed part of you those two days.

Your mother is telling you about how she met your real father up in San Francisco.  She was twenty six and he was an artist from France and she’s crazy about him, all jazz and poetry and nights in clubs like something called “The Black Cat,” and you can almost feel the smokiness of her freedom when she was 26, dressed to the nines and still a virgin is what she told you about that.

“We had this cold water flat.”

We had this cold water flat, she begins.  In a basement…

You think about your mother and the fact that she was pregnant with you in a time of poetry and cool jazz.  It must have seeped into you somehow.  Or her strength did.  Because that year you really don’t want to live at all anymore.  That is how much his lie carved your soul in half.

He was a lie walking, was that soldier boy.  A loveless lie.

Years later you remember how you kept on walking.  Your best friend snapped you out of it.  She’d had something like six or was it more?  All your friends had.

“You might find a cure for something,” she says to you over the phone.  “One day.”

Certain sentences mean everything to you later as you look back on the wasteland that year was.

Your mother never told you about your real father until you were thirteen.  He was a secret, like something she had tried to get rid of.  Her father’s lawyers paid him off never to see you again is what she tells you.  During the divorce.  You will meet him three times in your life.  Just three.  Once when he and his new wife drive up to find you at sixteen, once when your mother decides that your uncle’s wake might be a good time, and once when you attempted to contact him because of this.  Because you needed  father didn’t you?  You really needed a father to guide you through that part of time when girls are only nine years old and their fathers pick up the slack.

When you’re nineteen, in Hollywood he says,”Maybe we can have lunch sometime and I’ll tell you about my life.”

When you are sixteen, the year he’s hired private detectives to find you and his wife is knocking at the front door of the place where you live and saying, “Your father is in the car and he would like to meet you.  His therapist thinks it’s a good idea.”

And that year, in 1981, when you needed some fatherly guidance more than anything in the world before that appointment and you drove down to Venice and found him, in Santa Monica north of Wilshire and you thought you could call him “Dad” or something because this is how American girls want to think about their fathers and he says, “I have a family of my own.”

He’s pulling out pictures of these grandchildren her kids are having and it is only years later that you realize what the two of them were made of, isn’t it?