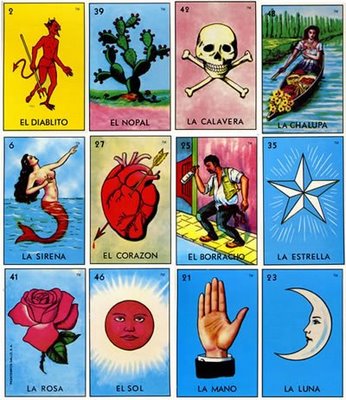 “I told you to wait for tomorrow, didn’t I?”

“I told you not to.  You were fine.  You had enough gas to get there and back ten times.  You never listen to me.”

The gas gauge had been on one eighth.

You were thinking to yourself that it couldn’t get any lower and you were so scared, so scared to even try and drive that you were locked to the house.  Locked in and he had been scaring you for years like that.  Years and years and years since he first slammed your little apartment door, stomping back from the mountains with a handful of wildflowers.  Those were the years he camped outside, weren’t they?

Instead of letting you expand he had been shrinking you.  Telling you what you did or didn’t need for years until the fight to live and even the almost existence was gone from you.

You had run twice.  You had almost made it, almost made it away from the darkness of the force that was holding you.  It didn’t matter about that time you stayed in the vacant house because you became one with the sea in those weeks — the clean light breaking over the shore, a coffee in your hand.

They are words and they can be some men too.

All the fight was out of you after 27 years.  Almost all of it.  He’d broken everything that was your beauty or your art or your plans until he had smashed you into nothingness.  Patriarchy.  That is the feminist word for it.  It’s a word you know by heart, isn’t it?

You had seen the film Gaslight once, years ago with your mother.  It was like that.  The walls had closed in.  The air was all gone.

“Maybe now you’ll be happy,” he said when the remodeler came to do the kitchen.

He’s a short guy.  Five feet tall and he sizes you up and down, staring.  So does the electrician and so do all of them.

“You look pretty this morning,” he says.  He’s setting up his tools in the drive.  He’s cutting the cabinets.  He’s going in and out and in and out.

The electrician snakes himself under the floor in a sea of wires.

“How you doing cupcake?”

“Here hold this for me will you?”

He’s kinder and very tall and sandy blond with missing fingers where he worked on something once.  He’s telling you his problems and you help him clarify things.  He’s putting in lighting.

“Just go shopping and have fun,” says the dwarf.

There is nothing underneath you anymore, no foundation.  You’re nervous, worried about the cost and the money and the bills and the tenants and the everything that has nothing to do with you or any knid of life you wanted or thought you were going to have for yourself.  You find the most beautiful things for nothing because you know how and you invest in the range, the best one you have ever had — a marvel of design.  It’s got six burners and two ovens.  It cost the most.  $1700 dollars.  You pick out the tiles.  You know this is all temporary.  Just temporary because you are going to go one day.  It’s the squalor you can’t stand.  So you’re writing.  Everyday.  It’s the only escape.

You charge $10.00 worth of gas so that you can drive home, not feeling worried.  Not feeling like it is going to get dark and you’ll run out by the side of the road and the tension that he causes you, the tension when he tells you that you did the wrong thing by getting that gas, you did the wrong thing again, and that he was going to get you some, the cheap kind and he had told you that you were wrong again and all you ever knew from you grandfather was that you put the good kind of gas always, the expensive kind and you like to drive to full service gas stations like your mother always did and they like you there and they always remember you, too.

The car is a black vault you don’t want anymore.

He has let the house fall to ruin, watching games.

Your mother told you once that if you reached the end of your rope or you reached rock bottom there was only one way to go and that was up.  It was like that the week you ran and you called the dwarf for help didn’t you?  Five years later.  You had found a little Victorian and you knew that you could have it.  Someone had passed away and it was vacant and sitting and you drove to it over and over and over and you thought to yourself, I need to move here.

The others stare.  They are staring at something and you don’t know what it is.  You wear hats so you can tip your head and avoid their eyes.  You wear costumes you can hide in.  It’s so you can be invisible.

Years later you will think about what Dennis said to you once.

“Your inside doesn’t match your outside does it?”

You had burst out crying when he said that.  You didn’t even know why but it was like he knew something or he tapped into something and he just knew.  Maybe he knew because you were like him and maybe there is a group of people that belong together because they are that alike or sensitive and when they see each other they can recognize each other.

Those men won’t be needlepricks.

When you saw his face you knew that you were safe.  It was like an island you could recognize in the sea.  It was something you wanted to swim to, swim near the eyes, swim into the arms, swim into the warmth, swim into the peace that you saw.  It was someplace you only felt once in your life before, and now here it was again, only different, because it was bigger and safer than anything you had ever seen and it was love that you felt looking at him from your far shore.  And you wanted to watch every single thing that he did and all you felt was good about that, didn’t you?

Around him you wanted to pour something.  It was like water that had been trapped and now could flow.

He was like a raft, or a shoal and you knew that he knew you because he was like you.

You contemplate a paradise you can make on your own.  You’re going to write a genre that appeals to all the little needledicks out there.  It’s going to make you a lot of money.  It has Patriarchy-appeal, doesn’t it?  You’re like Robin Hood.  That’s how your mother brought you up.  “Take from the rich and give to the poor.”

There is nowhere to swim where you will be able to escape it.  You want a monastery.  A little private convent on some little island where you can write and live simply.  You’re praying.