Where I Laid Me Down To Sleep, the novel I am writing this year, is for girls in college.  I’m posting it in Wattpad, but there is mostly a teen audience there.  I think it would be okay for older teens to read, but, I’d rather have an editor tell me that, so in the meantime I put an adult restriction on it.

I’m so glad I got past the block yesterday and today to get to halfway.  Whew.  Not easy ground.

So, the story is about a college girl in love with her married teacher.  He pursued her, and they fell in love, which is what happens sometimes.  There are some very tragic consequences of that I am heading toward.  In a sense it’s a leaving home novel — a coming of age tale, in its way.

We all have to do that sometime.  This was a scene from today I’m happy with.

I haven’t really edited yet so there are a few typos.  Fingers get exhausted — have written more than 2000 today, again, and another 1338 to go, tonight.

Tim called his friend Mark to help Natasha move north to the room she’d rented in his mother’s house.  There wasn’t much to pack, really.  Just some boxes with clothes and the few things Natasha had bought herself for a kitchen, once had one of her own.  She was sad to leave her college and The Happy Basket, and all of her co-workers who had become friends.

If it hadn’t been for John Sandman, she might have transferred in LA, as she had wanted to.  By the end of the summer though, she was glad, and Tim was smiling.  He’d heard enough of her crying into the phone the six or seven times that they had spoken.

The first thing Natasha would have to do is get a job, because she wasn’t transferring in until Winter quarter.  All her grandfather said to her was “Swell,” about her choice.  He was eighty one then, what else could he say?

Tasha couldn’t turn to her mother for anything, and besides, she was about to embark on the next three years that led to her degree.  She was a straight A student.  At least she had been in Junior College.  She poured over the school catalogue all summer choosing what she was going to take.  There were so many classes.  The campus was easily 20 times larger than she was used to.  All of it was a little scary, but nothing was scarier than Tim’s mother.  Tasha represented some kind of threat to her, just by being a girl, and just by being a girl her son liked more than she wanted him to.

Tim did have an ulterior motive.  He wanted Tasha to be his girlfriend, although he hadn’t made that entirely clear.  The most he had done was press his thigh against hers, strongly, once or twice, under the table at out restaurants.

She curled her arms around Alladin and hugged him before she put him in his cardboard box for the ride up the coast.  He was going too.  Tim had convinced his mother that a tenant with a cat wasn’t going to be so bad.

It was hot that day when they moved the last of the boxes down all the flights of stairs, and packed them into Mark’s truck.  Natasha looked up into the setting sun, and the glint off the Barrington Towers for the last time.  What she didn’t see was John Sandman.  He was across the street taking pictures of the whole thing.

Some of the boxes were open, and he crossed the street with a rose in his hand.  He passed right by Mark and Tim and he dropped it into one of the boxes.  Natasha turned, and she recognized his lean form striding down the street.  She ran after him.

“What are you doing?”

“Why are you leaving LA?”

“Who are those guys?”

“That’s Tim.  He’s helping me move.  We went to High School together.”

“What are you doing?”

“It’s not going to be this easy to say goodbye to me, Natasha.”

“I can’t do this anymore with you, John.”

“I don’t love her anymore.”

“John I can’t do this anymore.”

Then they were both crying standing on the street, and he was taking pictures over and over and over with that camera shooting both of their faces with all the tears streaming down as if he were making Art with a capital A.  It has always been the thing he wanted with a vengeance.

Tasha extricated her self from his arms, finally.  She broke away from him and turned up the street.  Tim was staring at her.  He looked at the tears pouring down her face and he said, “That’s him isn’t it?”

All she could do was nod.

Tim stared as the figure of John Sandman strode slowly into the distance.  He was glad he’d never have to see that guy again.  If they left now, they wouldn’t hit the traffic.  It was going to take an hour to get back home, and he was already hungry for the dinner his mother fixed for him every night. 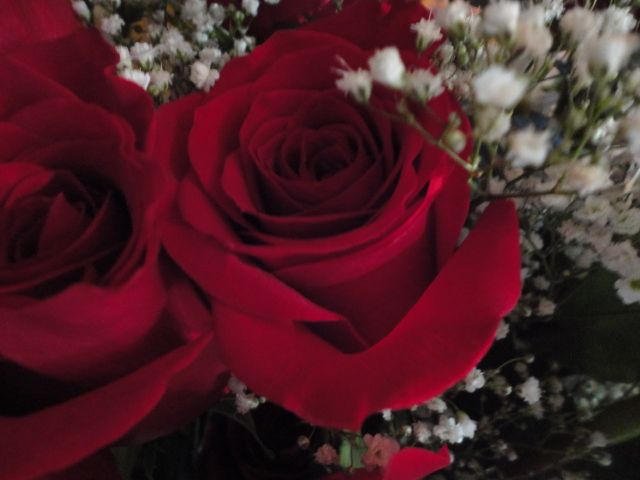