To be literally stunned by a male poet in this kind of a way?

Well, only two other poets could have done that… well, maybe a few more but not with the FORCE of the soul.  Octavio Paz had that.  The Latin poets, the men… the part of that Latin soul, it just.

So let me show you who wrote the lines that sweep you so far off your feet you could keel over, wind like 900 million miles an hour, force of a tempest.

He is already one of the most handsome men on earth as well. 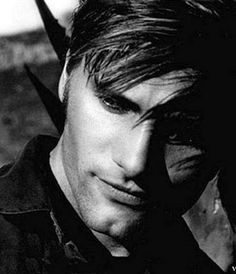 Not only is he one of the most handsome men — he is a poet, painter and musician.  So anyway, it’s a massive tour de force to discover what he has writ in Spanish.  If women don’t understand Spanish?  Then they can’t possibly get the meaning of this poem or the song that goes with it.

This is one of the most beautiful love poems ever written, and it probably was written for someone that he was madly in love with — but these things transcend any sort of time or ever gender frankly.

Most men do not write love poems of this caliber.

I mean, they just do not.

It’s so deep and moving that if it were translated across languages women will fall over.  Because it is a rara avis in a man to say a thing like “tu cuerpo es mi vida.”

Valdez said something like that to me, just a different way.  Which is why there is only one actor on the face of this earth who I could ever let be Valdez and you are looking at him.

Puts one up there with Paz and Neruda and maybe Rumi in a few of his.

I mean.  We never know what the words are going to do to the reader?

I wanted to say something back so I did in Spanish and I just used the crummy Google translators to do that this morning.

It’s how much power is in that voice and that song.

To hear a thing like that whispered in your ear when a man is making love to you, omeffingG.  That would be orgasm #1, for certain.

I have no doubts there would be many more after that.